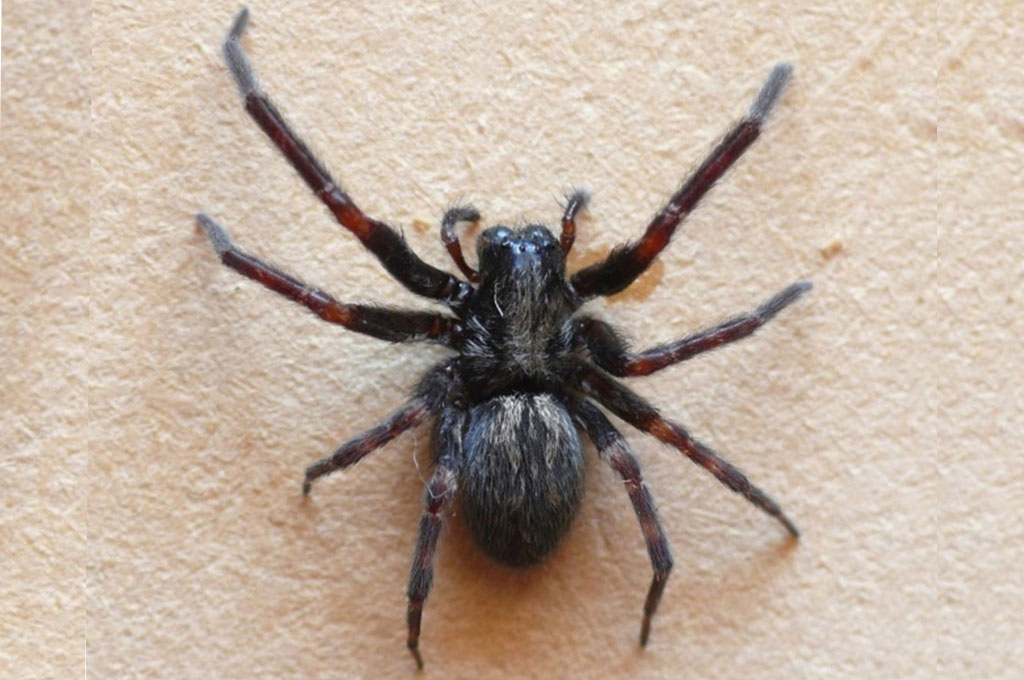 The majority of spider species are known to be useful generalist predators of various invertebrates, particularly insects (Dippenaar-Schoeman 1998; Haddad et al., 2003). Until the late 1990s, 21 families of spider were recognised In South African citrus orchards, including 72 genera and 82 species (Dippenaar-Schoeman 1998), most of which were collected from Burgershall in Mpumalanga Province (Van den Berg et al., 1992). A more extensive survey was subsequently conducted over two years in four different citrus growing areas, revealing up to 219 probable species of spider in 33 different families (Stephen et al., 2000).

The grey house spider is a medium-sized spider that originates from Australia and can now be found in many countries around the world. It was first recorded in SA in 2010 around the southern coastal areas of the Eastern and Western Cape Provinces, as well as central Free State (Simó et al., 2015; Haddad and Vink 2016). It is a cribellate (“little sieve”) spider that creates sheet webs with a tubular retreat (Figure 2) (Main 2001).The grey house spider is known to be synanthropic, which means that it lives in close association with people and benefits from their surroundings and activities. It is therefore commonly found in agroecosystems and urban areas (Simó et al., 2015). This is the first record of this species being associated with an agricultural crop in SA, being citrus.

The African tangled nest spider is endemic to SA and most commonly found in tree canopies of the more humid areas of SA (Haddad, personal communication). A common morphological characteristic for this spider is the dark bands on the legs (Dippenaar-Schoeman 2014). Very little is known about this group of spiders, other than that they are common ground dwellers, which are often captured in pit-fall traps. Although not the same species, the family has previously been reported on citrus in SA, albeit in very low abundance (Stephen et al., 2000).

According to a recent two-year CRI survey of citrus pests under nets in the Sundays River Valley, there was a significantly higher occurrence of spiders under nets than in open orchards.

This increase in spider presence within orchards may be good news for many growers, given that spiders have been recorded as useful predators of various citrus pests elsewhere in the world, such as citrus thrips, waxy scale, citrus red mite and citrus psylla (Dippenaar-Schoeman 1998; Stephen et al., 2000). During the CRI pest surveys, a lower level of thrips infestation and thrips damage were recorded in citrus orchards under nets, where there was a spider presence, than in open citrus orchards, where spiders were far less abundant. On the reverse side, mealybug clusters were occasionally found below the webbing of the grey house spider and it is unclear whether the spiders were preying on the mealybug or obstructing parasitoid access to the mealybug.

Dippenaar-Schoeman et al., 2001 conducted a survey in macadamia orchards in the Mpumalanga Lowveld, finding a diverse range of 2778 spider species. This survey concluded that spiders form part of the natural enemy complex, as generalist predators that can keep pest populations suppressed (Dippenaar-Schoeman et al., 2001). This could also be the case for citrus if good spraying practices are followed, as explained by Dippenaar-Schoeman that spiders are “a farmer’s best friend” (Coleman 2013). Stephen et al., 2000 reported 89% more spiders on citrus farms using minimal pesticides, as opposed to those with higher pesticide usage. Therefore, spiders could play an important role in pest suppression, but further research is required to establish their exact role and how best to conserve them.