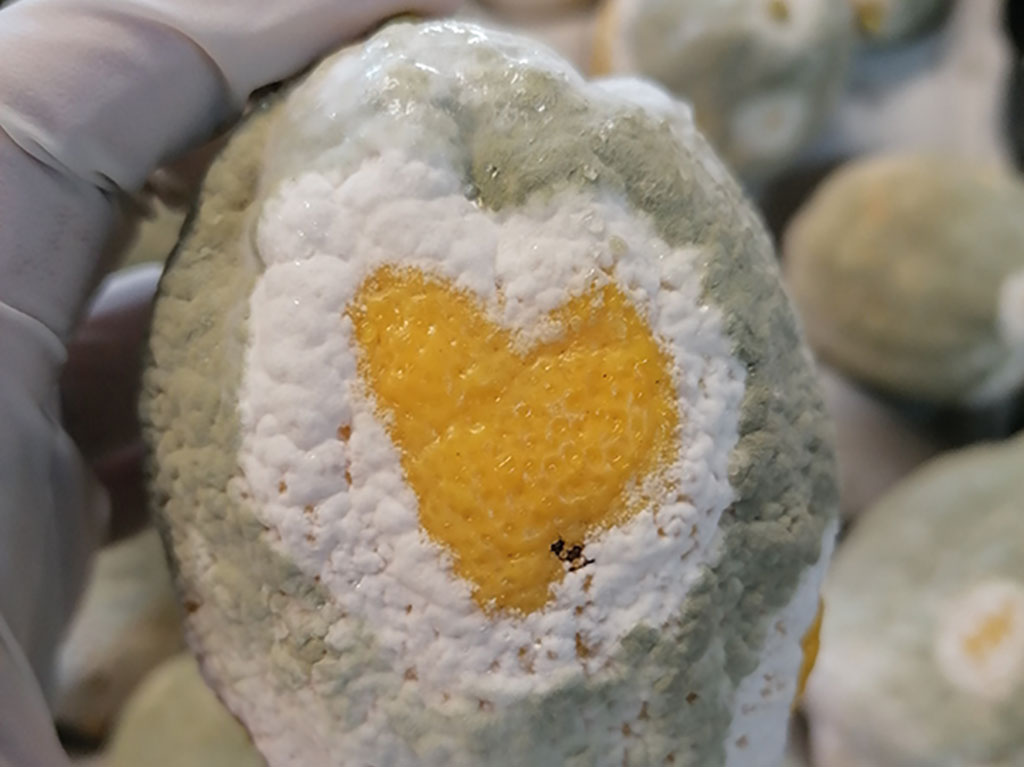 A sword hanging over the continued use of imazalil to control green mould on export citrus fruit, has led to the discovery of alternatives that might get the job done even better. By Dr Cheryl Lennox (Stellenbosch University)

Penicillium digitatum, the cause of citrus green mould, was first described and classified by PA Saccardo in 1881. Some 140 years later, the pathogen remains an unrelenting headache for citrus growers and exporters.

Citrus green mould is one of the most problematic and destructive postharvest diseases in citrus fruit, particularly oranges. It is responsible for 90% of fruit deterioration during storage, resulting in serious economic losses.

As much as 3 – 4% of citrus fruit is lost due to green mould in the postharvest supply chain. Based on the value of SA’s citrus export market, the economic impact of the disease is estimated to be between R798 million and R1.064 billion per year.

Citrus producers worldwide have long since counted on synthetic fungicides to control green mould. The South African industry is particularly dependent on chemical assistance, given the vast distances export fruit has to cover from the orchards where they are grown to the export markets where they are consumed.

Imazalil, the active ingredient, is a recognised stalwart in the battle against green mould. However, as fungicides develop resistance against chemical treatments and consumers’ demand for low, or no, residues on fruit grows louder, imazalil is under threat. A current review of the active ingredient and its residue levels could result in it being banned.

The risk of losing imazalil as a postharvest fungicide, and the implications for the local industry’s export viability, has triggered a search for alternatives. To this end, a study was led by Dr Cheryl Lennox, senior lecturer at the Department of Plant Pathology at Stellenbosch University, and Professor Paul Fourie of Citrus Research International, over the past two years. Charles Stevens, who holds a master’s degree in sour rot in citrus, conducted all the trials and analysed the data.

Between May 2019 and June 2021, a series of trials were conducted to determine the protective control and sporulation inhibition effects of three fungicide active ingredients i.e. azoxystrobin, fludioxonil and pyrimethanil, in a shellac wax formulation.

During the pilot trial in 2019, untreated lemons were used to determine the effective concentration of azoxystrobin, fludioxonil and pyrimethanil needed to prevent green mould growth, while remaining within the maximum residue levels (MRLs).

The pilot trial was followed by two semi-commercial trials. During the first, each of the three active ingredients was applied individually, at the effective concentration, to untreated lemons, navels and mandarins in a commercial pack line. The researchers found that azoxystrobin provided the best protective control, and fludioxonil the best sporulation inhibition.

In a second semi-commercial trial, the alternative active ingredients were applied in combination with one another to untreated lemons, navels and mandarins in a commercial pack line. The results showed that the combination of azoxystrobin and fludioxonil had the best protective control and sporulation inhibition.

In all instances a wax treatment was added to emphasise that protective control and anti-sporulant ability come from the active ingredients used, and not wax itself. A noteworthy finding is that when imazalil is applied within wax (instead of as a spray, drench or dip application), pathogen resistance appears to be less.

The final part of the study was meant to measure the resistance of propiconazole-resistant citrus sour rot and citrus green mould isolates to the three alternative active ingredients. However, disruptions and delays caused by the COVID-19 pandemic prevented completion. Trials are currently underway. This is an extremely important aspect of the overall project, given that azoxystrobin is registered for pre-harvest use as well, and that multiple applications (pre- and postharvest) on fruit need to be avoided in order to slow the development of resistance.

Alternatives prove their worth

Azoxystrobin emerged as the star performer. As a single treatment, it provided 98% protective control. In combination with fludioxonil, azoxystrobin was also the best at inhibiting sporulation. Fludioxonil on its own provided 83% sporulation inhibition.
Given the efficacy of its active ingredients, it was to be expected that the fungicide Evolve delivered excellent results. It provided a pooled average of 98.5% protective control over all fruit types and inhibited spores by up to 88% when added to wax.

The third alternative active ingredient, pyrimethanil, and the second product, Ortosol, proved to be ineffective against citrus green mould when added to wax.

Encouragingly, the research results showed that azoxystrobin and fludioxonil as active ingredients and Evolve as a product, delivered control that was at least on par with imazalil. In some instances, the alternatives outperformed imazalil.

Provided that the resistance risk can be managed, these alternatives bode well for the South African citrus export industry’s ability to maintain and even grow its international market share.

In 2020, the South African citrus industry’s exports were valued at R26.6 billion, which amounts to 0.63% of the country’s GDP (depending on the exchange rate used).

If Penicillium digitatum destroys between 3% and 4% of citrus exports, the local industry lost between R798 million and R1.064 billion in 2020 due to green mould.

Azoxystrobin is part of a class of chemicals known as ß-methoxyacrylates, which are derived from naturally occurring compounds and are used mostly in agriculture. It was first discovered during research conducted on mushrooms commonly found in the forests of Europe. Fascinated by the small fungi’s ability to defend themselves, the scientists found that the mushrooms’ defence mechanism was based on the secretion of two substances: strobilurin A and oudemansin A. These substances gave the fungi the ability to keep their competitors at bay and to kill them when within range. Observations of this mechanism led to research that resulted in the development of azoxystrobin.

Project title: The use of alternative fungicides in wax to control citrus green mould caused by Peniciliium digitatum

Featured Image: A single treatment of azoxystrobin provided 98% protective control. In combination with fludioxonil, azoxystrobin was also the best at inhibiting sporulation