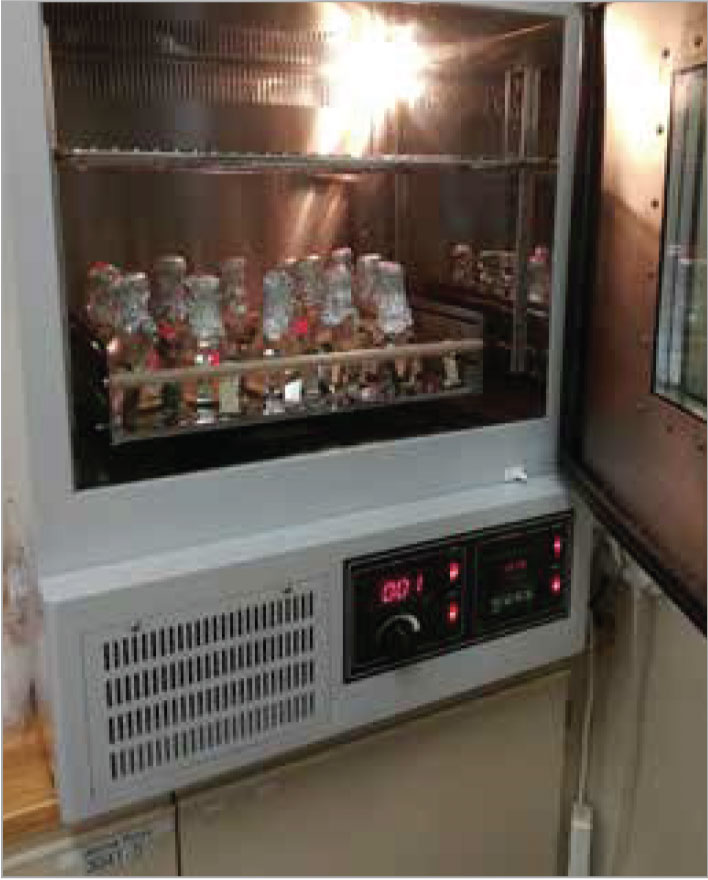 Since the groundbreaking release of Rachel Carlson’s book, Silent Spring, in 1962, and the surmounting evidence showing the dangers of continual chemical pesticide use, the need for alternative insect pest control methods has increased.

Murray David Dunn is an MSc student who is working on the SATI-funded project with a specific focus on applied nematology, titled “Mass culture of entomopathogenic nematodes for small and large-scale field trials”. He is working under the supervision of Prof. Antoinette Malan in the Department of Conservation Ecology and Entomology at Stellenbosch University. Murray is originally from Durban. He is passionate about reading and is slowly building a collection of books with the hope of having a library in his house one day. Whilst keen on exercise and sport – especially rugby – Murray also loves everything about science, especially related to biology. His passion for conservation, saving the environment and new, green technologies make for an interesting overall mix of interests.

One such alternative that has shown great promise as a biological control agent is the entomopathogenic nematode (EPN) (entomo = insect, pathogenic = killing), which is a microscopic small roundworm that is a natural enemy of many economically important agricultural pests of grapevines. Biological control differs from the use of chemical pesticides, in that it uses a live organism, which is most often a natural enemy that invades and kills the target pest, without widespread ecological impact and without the build-up of chemical resistance. Although Nematology, as a scientific discipline, has a short and rich history, the field has been domi-nated largely by the agricultural problems caused by plant-parasitic nematodes. Only in the last
two to three decades have EPNs received serious attention. The above is primarily because of their potential to be incorporated into an integrated pest management (IPM) programme as a biological control agent, with its associated commercialisation potential. In the USA and Europe, EPNs, formulated as a marketable product, have been available for many years. In SA, our original relative slowness in terms of research and product development has been compensated for by the years of research undertaken by the IPM group, at the Department of Conservation Ecology and Entomology, Stellen-bosch University, and by Sheila Storey and her team at NemaBio, with the future of Entomopathogenic Nematology in SA now looking bright. Although employing EPNs provides a greener alter-native to the use of chemical pesticides, the former have their own plethora of problems, including the need to find a nematode species that is endemic to SA, effective against a wide range of pests, highly infective, and easily reproducible in artificial media. Unfortunately, the well-studied and commercialised species found in the USA and Europe, such as Steinernema feltiae and S. carpocapsae, have not been reported from SA. However, two nematode species have been identified that meet the above criteria, namely S. yirgalemense and S. jeffreyense. Though the two species have shown the potential to be viable biocontrol products, scaling up to industrial mass production levels has proven difficult, with much work still required. Traditionally, two methods of EPN mass production have been used. The first is in vivo, which requires the presence of a live insect host, in which the nematodes reproduce and proliferate. In vivo production leads to high-quality nematodes, due to it closely imitating the natural environment. However, scaling up to mass production with this method is difficult. The alternative is in vitro culturing, which uses an artificial diet in an Erlenmeyer flask, as a replacement for the host. The culturing can be done on either solid or liquid media, with the scaling up to industrial levels being facilitated when using liquid cultures. At Stellenbosch University, the latter method was employed because it had been shown, in both Europe and the USA, that it was possible to culture nematodes successfully in liquid – in large fermenters or bioreactors – result-ing in the production of large quantities of high-quality nematodes. Though it is possible to culture nematodes successfully in liquid, having a successful and foolproof culture process in place requires intense research to find a standard protocol for, and a means of optimising production. Ironically, the two species described that have been chosen for mass production are polar opposites. While S. yirgalemense is extremely effective in the field against a variety of pests, culturing the species in a liquid diet has proven to be difficult. S. jeffreyense proved to be relatively effective in the field
– especially against false codling moth – also being easily cultured on an artificial liquid diet. Due tothese differences, S. jeffreyense was chosen as the model species for mass production, and the development of a standard protocol was created using the species, which can be applied to S. yirgalemense, and to other subsequent promising species, in future. The culture process begins with isolating the nematode’s symbiotic bacteria. The unique relationship between the nematode and its specific bacteria is the key to successful mass production, as the nematodes feed directly on the bacteria that are found in the gut, which are isolated and kept frozen at -80°C for later use. Also, key to the liquid culture process is the development environment, in which only the specific nematode, and its symbiotic bacteria are present. The above requires sterilising the nematodes to remove any other foreign bacteria that might be lurking in, and around the organism. The egg sterilisation method is used, which directly surface-sterilises the fertilised eggs of the females, which have had no contact with foreign bacteria. The eggs are then placed in a medium (together with their symbiotic bacteria) and passed through many generations, until the food source is depleted. Subsequent optimisation will focus on the contents of the artificial media, or on the diet of the nematode. The focus is currently being directed towards new sources of protein such as black soldier fly-based protein, new sources of carbohydrates and of energy, namely glucose additions and novel lipid sources, and the quality of the nematode’s symbiotic bacteria.

Murray Dunn in his laboratory.

Nematodes, or both S. yirgalemense and S. jeffreyense, produced in flasks have been compared through other SATI-funded projects to determine the difference in pathogenicity, compared to the nematodes cultured from insects. The results from the project are comparable to those attained with the superior nematodes cultured artificially, which are used to control both the false codling moth and the banded fruit weevil, both in the laboratory and in the field. Although the research undertaken in South Africa, into the mass production of EPNs and their commercialisation, is well underway, many hurdles still must be overcome. One such hurdle is the move from small-scale Erlenmeyer flasks to large-scale fermenters or bioreactors. This introduces a whole new dynamic to the culture process, and requires the collaboration between multiple disciplines, such as Engineering, Microbiology and Nematology. Nevertheless, steady progress is being made to move from flask to fermenter and, through the subsequent formulation of a product, farmers nationwide can be confident that a new player in the battle against agricultural pests will be ready to make its debut in the near future.